Someone was Going to Die

On April 5th, 2013, a series of timeline pictures came across my FB news feed, and I knew in that instant someone was going to die. I could smell death. Feel death. Almost see death crouching in the corner.

Concentric conversations like heavy rain crashed against our imaginations, threatening to drown us all. Hope was almost lost.What do we do? What can we do? How many attempted interventions had epically failed? How many times had we been hoodwinked? How many tears shed? Prayers prayed? Time and money invested?  And to what end... 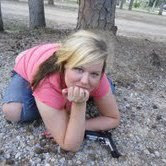 Finally, perhaps a viable solution percolated to the top.  It was a long shot filled with much risk. It seemed too crazy, unrealistic, and an impossibility to pull off.

Afraid to move even one little pawn up one little space, we did the only thing we knew to do: In the most desperate of times wisdom consults the elders among you. Cherry and I decided to take our crazy idea to the Big Papa. We knew if our plan had validity, Popee would affirm it, and if it didn't he would swiftly shoot the idea down with an, “Are you crazy? Y'all are insane!”

Mom, Bernie, Momee, Popee, Cherry and I gathered. Ladies and Gentlemen court is now in  session.  All rise...In anxious tones, we presented the predicament-- having to uncover things we dare not uncover. We outlined the germ of an idea for a possible solution. Not  much back story was necessary. We had all endured together this tortuous merry-go-round cycle of loving a person that is living a life of the half dead. For the past 9 years our entire family suffered under the great oppression brought forth by heavy addiction, binding us all in suffocating chains as we whirled around in circles. The difference this time was we knew we had no more time. The merry-go-round had spun its last time. Someone was going to die. 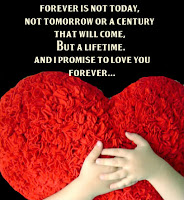 The Plan: My sister, Rayanne, and her beautiful 3 year old, Breleigh Marie, would go to the House of Promise in Colorado for a two year program that seeks to break chains, and restores mothers and their small children to a healthy, joy-filled existence.

Big Papa's response: “Well, call them Monday morning and see if they have any openings and we will go from there. I will do whatever I need to do to get them in the program.”

The gavel wrapped loudly. Did my ears deceive me? We had the green light!? Maybe we weren't completely insane? Maybe God was truly up to something! Mom, of course, was not in favor of the verdict. For obvious reasons, her concern was Breleigh. We still had work to do to convince her, but the Big Papa had spoken! 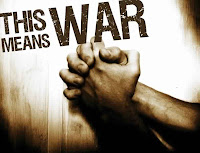 Court adjourned. We left that space, knowing the battle had just begun. The spiritual world lit up with activity. Both sides marshaling their troops, readying reinforcements. All the while, in the natural realm, we did all we knew to do: Prayed, plotted, and planned. Waiting for our next moves to be revealed...


The first of a series highlighting the beginnings of what I hope is a miraculous journey of transformation...
Posted by MJ Kirby at 4/19/2013

Not too long ago, I was just an ordinary girl. God Seeker. Wife. Mom. Daughter. Sister. Friend. United Methodist Clergy. Beach tripper. Family movie nighter. Facebook addictoid. Fiction reader. Runner girl. Picture snapper. Then on October 23rd, 2010 my ordinary life turned radically upside down and inside out. My soul twisted. I was struck down, but not destroyed. On that day, our earthly family of seven became six. My world is now colored in shades of grief. I am forever missing a piece to our puzzle, seeking to pick up what's left of my broken heart, and journey on through life's complexities. Thus, I have began the process of accepting and adapting to my "new normal," hoping with God's divine grace I can feel even kinda like just an ordinary girl, again...maybe? One day. I'm writing this blog to help process through my grief induced, "new normal," and perhaps help other sojourners along the way. Thanks for joining the journey.
Not into reading? Check out my sermons here--->Click!

In Loving Memory of Jeremy Kirby

"Fear not for I have redeemed you;
I have called you by name, you are mine.
When you pass through the waters,

I will be with you;
and through the rivers, they shall not overwhelm you;
when you walk through the fire,